Owen is conducting his PhD research in the area of computer-supported collaborative learning. His research involves the integration of the systems science methodology Interactive Management (IM) into the classroom environment. Owen’s research to date has investigated the effects of social psychological variables, such as dispositional trust, consensus and perceived efficacy in this collaborative learning process; forming the basis for his first PhD study. This paper, published in Social Psychology of Education, can be found here.

Owen’s subsequent studies have sought to investigate the effects of dialogue, facilitation style, and peer to peer prompting on the complexity of argumentation, and cooperative conversational dynamics in collaborative learning. Owen’s research seeks to inform the development of a systems science education programme, a pilot of which was run in early 2015. A proposal for the development of such a systems science education programme is detailed in this book chapter,which Owen contributed to with Dr. Hogan and Professor Benjamin Broome. Owen has contributed to two other book chapters to date including a chapter on Integrating Argument Mapping with Systems Thinking Tools and Metacognitive Skill Development and Applied Systems Science, as well as papers on student-centred conceptualisations of critical thinking and the use of a systems science methodology in consultation with citizens about the design of wellbeing measures and policies. Outside of his PhD research, Owen has worked on many other projects with Dr. Hogan, assisting with the design and application of collective intelligence workshops for the Route-To-PA and Q-Tales EU projects.

Owen can be found on Twitter, LinkedIn and ResearchGate. 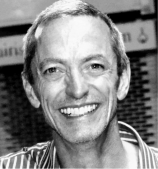 Cormac is a second year Galway Doctoral Research Candidate on the Child & Youth Research programme at N.U.I.G. His research examines the wellbeing outcomes of the social media experiences of young adults. By qualitatively examining individually created argument maps and employing a collective intelligence methodology to facilitate group discussion, Cormac is hoping to achieve a unique, user-defined understanding of social media outcomes. In his third and fourth study, these insights and the collective thinking of young social media users will be used to inform the design and development of a psychometric measure. This scale will be suitable for analysing associations between adaptive and maladaptive social media experiences and subjective, psychological, and social wellbeing outcomes. If Cormac wasn’t doing this, he’d be playing golf.

Eric Van Lente is conducting research on the relationship between mindfulness, oneness and well-being.

Throughout history, people have sought to understand their relationship with others, the world, and the universe – and in many religious and philosophical traditions there has been an attempt to understand experiences of oneness or non-duality that arise in these relationships ([William] James, 1910). Oneness or non-dual awareness has been defined as ‘a sense that the usual subject/object distinctions are no longer the dominant mode of experience’. While there is evidence that greater mindfulness is related to greater well-being, this study aims to examine whether changes in meditators’ oneness self-perception is a mechanism by which these changes occur.

The first study of Eric’s PhD project employed a collective intelligence methodology to examine long-term meditators experience of oneness and will use these results to develop a questionnaire-based measure of oneness self-perception. In the second study, using the new measure, the relationships between mindfulness, oneness self-perception and well-being will be examined through an online survey involving short- and long-term meditators. The final study will be a randomised-controlled trial (i.e. an experiment) with beginning meditators in which the effects of mindfulness meditation on oneness self-perception and well-being will be explored.

Prior to beginning this PhD Eric worked in a number of health, medical and social science areas including occupational health and population mental health. He spent a number of years at the University of Chicago partly sponsored by a Fulbright Award where he also completed his MA in experimental psychology, a year at the University of Illinois working on Social and emotional learning (SPHE), and three years as a mechanical engineer in nuclear fusion research. Eric has been involved in over 37 quantitative and theoretical papers, reports, posters and presentations in psychology, health and engineering.

Eric has attended and presented oneness-related research at a number of Mind and Life Summer schools and he is also involved in the Mindful Way at NUI Galway, a group which aims to create a Mindful University at the National University of Ireland Galway.

Eric can be found on Twitter, Linkedin, ResearchGate and WordPress.com