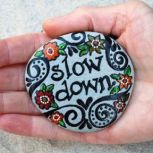 Two documents, three half-written replies to emails, a pop-up window informing that you have three, no four, unread messages, three Google pages and your Twitter feed. Each of these stares at you from your PC as the radio app on your phone announces that it’s 9:30AM and time for news headlines with Elouise. All of these demands queue up as you try to plan out notes for a 10 o’clock meeting and a to-do list for the rest of Monday. How, you wonder, did things get this chaotic this quickly? Little wonder your heart is thumping.

The demands on our attention are greater than ever before. Modern work environments, both physical and virtual, are increasingly requiring us to “multi-task” and switch between the cognitive sets we employ for different types of task (Mayer & Solga, 2009). Greater task-switching demand has been shown to be detrimental to performance (Allport, Styles & Heish, 1994). It has also been shown to engage particular neurological resources, with increased activation at the medial and dorsolateral prefrontal cortices (Garavan, Ross, Li & Stein; DiGiorolamo et al., 2001). Evidence is only beginning to emerge as to whether this resource demand influences other key physiological systems elsewhere in the body.

We hypothesised higher blood pressure in blocks where the participant had to switch between decision sets more frequently. In order to counter-balance the effect of habituation to the task, we assigned half of the participants to a Low-Medium-High switch frequency block order and the other half to a High-Medium-Low order. Physiological habituation was a significant factor however, with both groups showing high Systolic Blood Pressure (SBP) in their first block and returning closer to baseline thereafter.

However, upon close inspection, we saw that the two groups did not return to baseline at the same rate. The group that started in the low-frequency attention switching block returned almost to baseline SBP levels by the second (medium-frequency) block, with only a slight decline in SBP taking place in the final high-frequency block. Meanwhile, the group that started in the high-frequency block continued to have elevated SBP in the medium-frequency block, at a level not significantly different from their first block, and did not return to closer to baseline level until in the third (low-frequency) block.

Cardiovascular reactivity is one of our body’s many adaptive responses to danger, stress and challenge. However, it is the prolonging of these natural responses, or repeated patterns of reactivity, that potentially pose long-term cardiac burden and increase our risk of cardiac disease.

The health message from our study is that when organising tasks for oneself or others, consider the merits of beginning with a task where demand patterns are slow and steady and less volatile and varied, and then—by all means—work towards tasks with greater competing demands on attention, and tasks that are more challenging and varied. Question the norms and conventions of your workplace: does all your email need to be responded to first thing in the morning (considering the likelihood of several messages arriving at once and the switching demands involved in responding quickly to multiple message), or is there another more focused task you could do first—important work that requires slow, reflective thinking? Once the inbox is open, does each email require an immediate answer? Consider your goals and consider your blood pressure and stress levels.

By asking simple questions about your morning routine and your rhythm of work throughout the day you may begin to experiment and discover new ways of working—ways of working that maximize your physiological potential to take on new challenges and remain resilient, productive, and content throughout the day. You may even consider larger questions in relation to our “insta-culture”, which may require collective responses at the level of your organisation. Again, question convention and design your own work culture with colleagues. Define your own pace and your own rules of work engagement. The convention of expecting and providing “instant feedback” and “instant responses” to other web users is already being questioned by the slow web movement. As perceived by the authors of its manifesto, “Your attention is required now. Here, and there, and everywhere.” Attention and the ability to manage resources, flexibly monitor and switch mental set and pursue a variety of goals in complex environments, may be a key skill in negotiating the changing environments in which we work, play, shop, socialise and do our business.  But let’s not abuse these resources and burn ourselves out in the process. Let’s allow ourselves to “Start Slow”, warm up and enjoy the focus on one thing for a time, before we move on to the next important thing.

Originally published Oct 25, 2013 in ‘In One Lifespan’ @ PsychologyToday.com

Carroll, D. (2011). A brief commentary on cardiovascular reactivity at the crossroads.Biological Psychology, 86: 149-151.

Sincere thanks to John Moriarty for his wonderful research and for taking the lead in writing this blog. John also writes a regular blog for The Grief Study (as part of his work at the Institute of Child Care Research, Queen’s University, Belfast.  John can also be found on Twitter.